Field Season Objectives:
Our goal was to measure the speeds of elastic p-waves and s- waves with decimeter-scale vertical resolution in ice throughout the 3.4-km depth of the WAIS-Divide core-hole. These wave speeds are a proxy for the crystal orientation fabric and the associated mechanical properties of ice that control ice flow rates in that vicinity.

Field Season Overview:
We made our first measurements on December 8th, using a sonic logging instrument (see Figure 1) that measures wave travel times between two pressure sensors that are separated 3 meters. We were able to record p-wave and s-wave speeds in 5 cm increments from the top of the borehole to approximately 2000 m, at which point the tool stopped, possibly because borehole drilling fluid entered the tool and possibly because some internal electronic connectors separated due to tool motion and vibration.

We replaced o-rings in the tool at all accessible connections, and secured loose electronic connectors. We also discovered a bulge in the piezo-electric crystal that emits the sound waves. The tool continued to send and receive signals despite this damage; however the consequent signal asymmetry probably degraded our waveform data.

Our subsequent logging runs were more successful. We ultimately recorded four downward logs (i.e. logged while tool was descending in the hole) and three upward logs, with two logs reaching within a few meters of the bottom of the borehole at 3405 meters. Preliminary analysis indicates relatively abrupt acoustic velocity changes in the bottom 400 m of the borehole, indicating changes in the vertical clustering of ice-crystal c-axes there. The experience that we gained should lead to more robust sonic-logging experiments in the future. 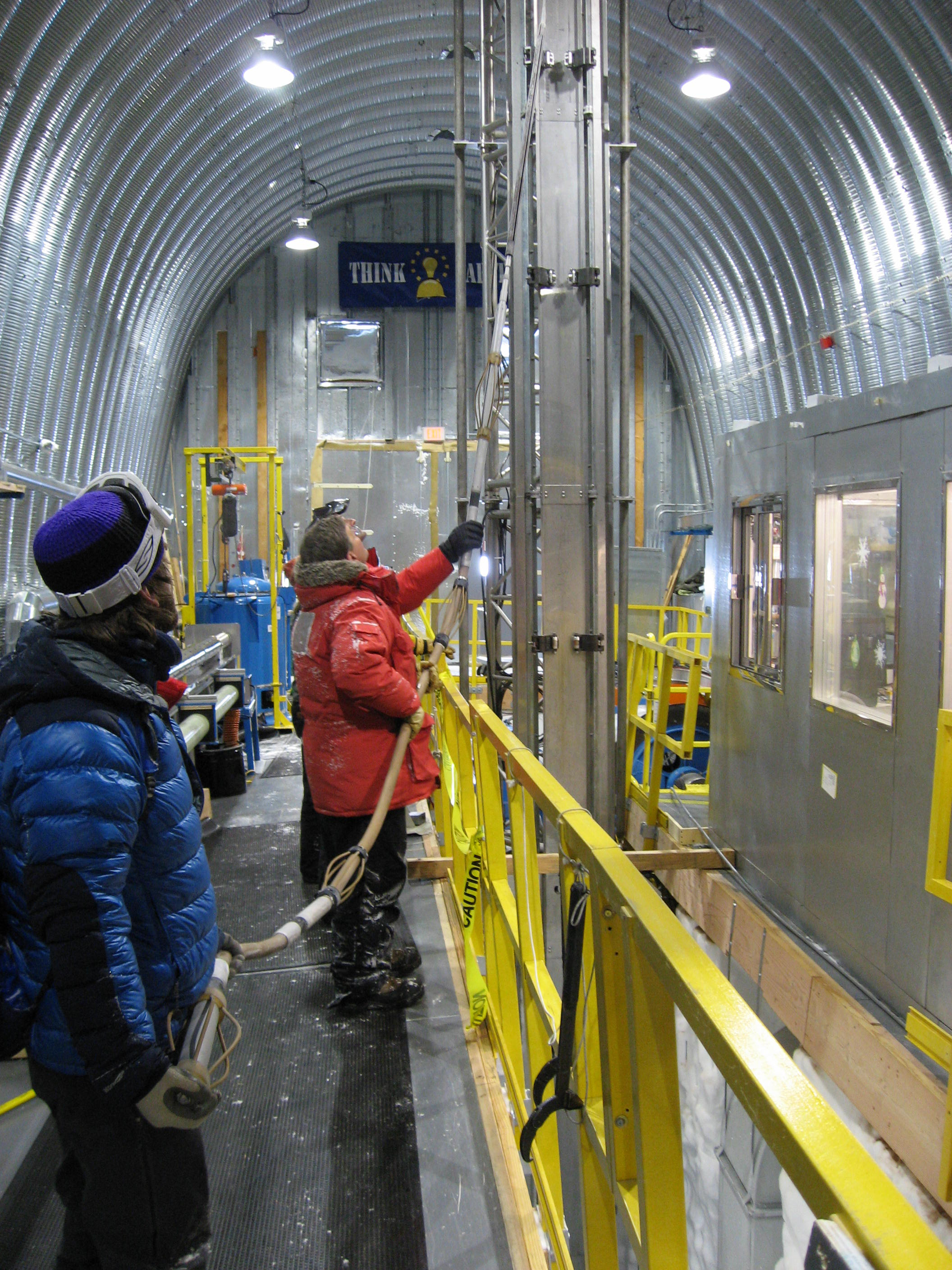 Fig. 1: The five-meter-long sonic-logging tool is about to be lowered into the drill slot. In the foreground, Dan is holding the transmitter section. The flexible tan hose-like sections separate the transmitter and the receivers, and prevent propagation of sound waves directly through the tool itself. Photo: Ed Waddington