Season Overview:
To detect the alignment of crystals in ice (ice fabrics), polarimetric radar measurements were conducted using two radar systems near the divide region (Fig. 1). As ice deforms, ice fabrics are produced, which, in turn, influence further deformation. Consequently, measurements of fabric variations can help reveal the deformation history of the ice and indicate how the ice will deform in the future. The polarimetric radar measurement is the most feasible way to determine horizontal variations of ice fabrics.

60-MHz and 179-MHz radar systems were housed in a Faraday cage on a Komotek sled and towed by a skidoo (Fig. 2). At nineteen sites shown in Figure 1, the azimuth of the sled was changed by 15o intervals. Radar data were collected for each azimuth so that we can see how the radio-echo intensity varies with the polarization. We did radar profiling connecting all of these sites. It allows us to date the ice using radar-detected isochronous layers and the future WAIS divide ice core. In addition, we installed a five-marker strain grid, several kilometers wide, at each of the nineteen locations and surveyed the markers using precise GPS. Re-occupation of these markers in the 06/07 season will give present-day strain rates, which will be used as a reference to evaluate the past strain rates inferred from ice fabrics detected by the radar.

The project conducted two traverses; first one was from December 20 to December 30 and the second one was from January 13 to 27. Most of GPS measurements were done during the first traverse, while the radar measurements were done only during the second traverse. In addition to these traverses, 41 of 99 markers installed by Howard Conway in 2002 near the ice coring site were re-occupied on day trips from the divide camp, giving supplemental information of ice movement and surface mass balance over three years. The field team consisted of Kenichi Matsuoka, Joe MacGregor, Donovan Power, Ryan Eastman, and Peter Braddock. More information about the project including the view of fresh eyes of first-comer students (web journal with photos) can be found at http://www.ess.washington.edu/matsuoka/wais/wais.html 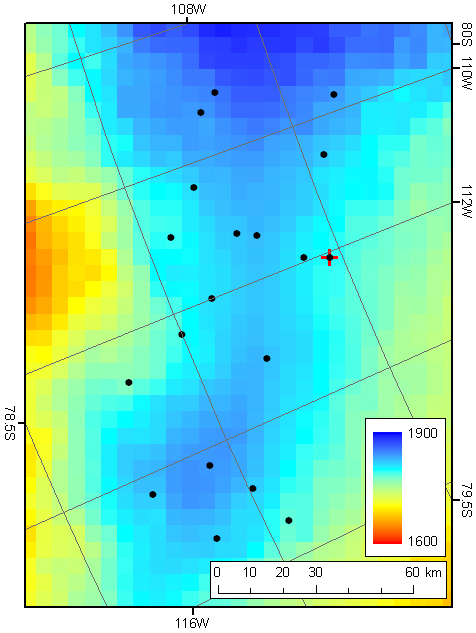 Fig. 1: Location of polarimetric-measurement sites (closed circles). Radar profiling was done to connect all of these sites. The WAIS divide coring site is shown with the red plus. Background color indicates ice sheet surface elevation (m). 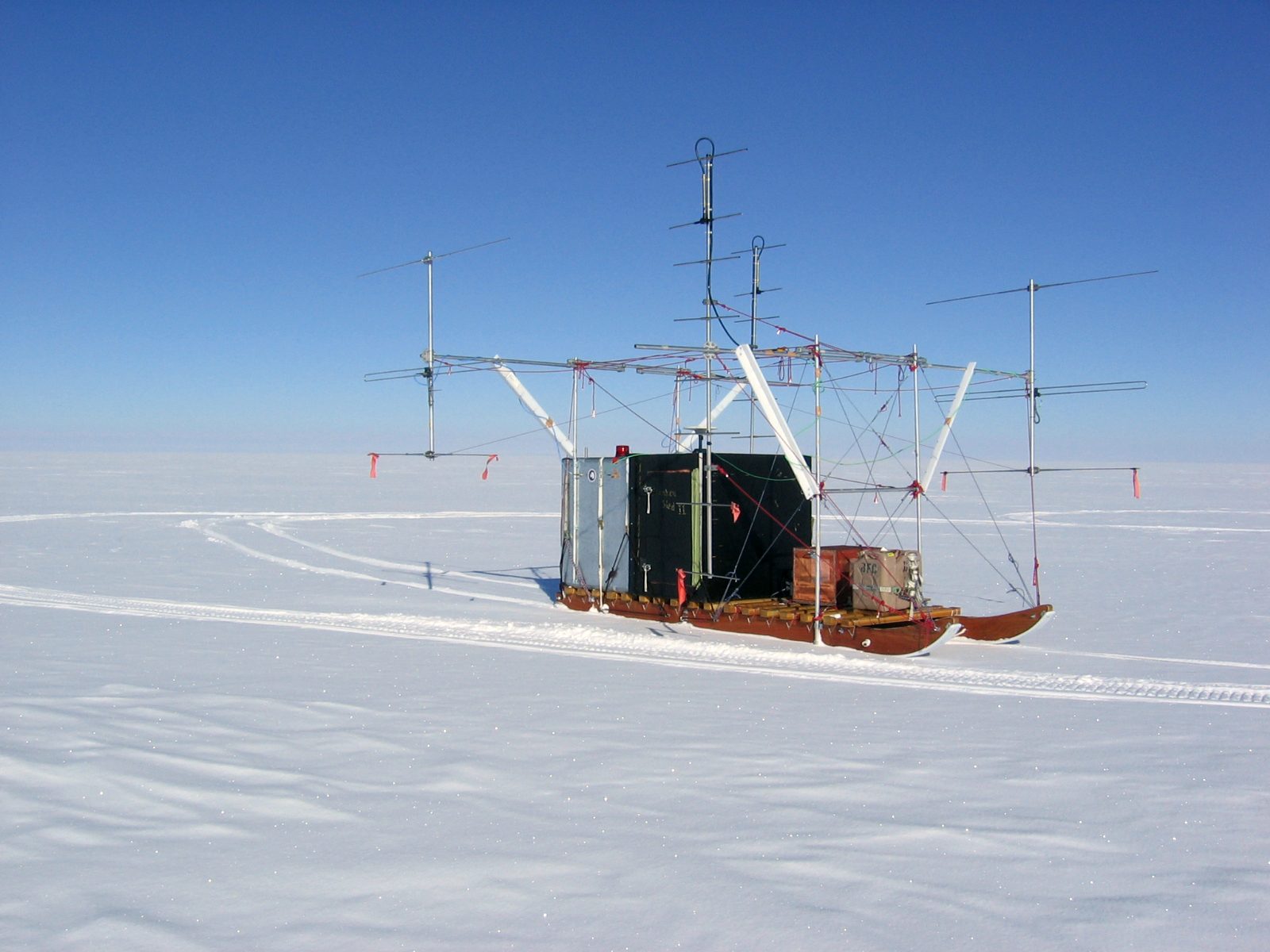 Fig. 2: Dual-frequency radar system on a 16-foot-long Komotek sled. The gray Faraday cage houses the radar system. The front black part hosts an operator during the polarimetric measurements. Bigger 8-element Yagi antennas are for 179 MHz, while smaller 3-element Yagi antennas are for 60 MHz. Transmitting and receiving antennas were installed at each side parallel to the sled axis so that the polarization-plane azimuth is consistent with that of the sled axis. As the shape of the antenna structure suggests Frankenstein, the sled was named Frankensled.