Field Season Overview:
1. Our primary objective was to obtain a relatively undisturbed temperature profile through the West Antarctic Ice Sheet at WAIS Divide in support of a number of studies, including borehole paleothermometry, heat flow, and ice dynamics. The measurements are expected to provide a better understanding of the temperature history experienced by each section of the WAIS-D ice core.

Field Season Overview:
1. Temperature Logging
We made two complete logging runs of the WAIS-D borehole with the USGS high-precision temperature system at the very onset of the field season (before any other instruments were lowered into the hole). Although these two logs contain some thermal disturbance caused by the drilling of the hole, this disturbance should have been relatively small as the borehole had been sitting idle for about 10 months prior to these measurements. Considerable effort was made to calibrate the depth-measuring system of the USGS 4-km logging winch under WAIS-D environmental conditions; this winch utilizes a 4.72-mm diameter counter-wound steel logging cable. At the onset of the 2011-12 field season, we measured the total borehole depth to be 3328 m. The temperature at the bottom of the hole was -8.756°C.

The borehole was then deepened 74 m yielding a new total borehole depth of 3402 m according to the logging winch depth system. About 48 hours after completion of the drilling, we measured temperatures in the 3178-3402 m depth range. The temperature at the bottom of the hole was found to be -6.05°C at that time. Multi-hour temperature experiments were conducted at 2265, 2770, and 3275 m to determine the nature and extent of borehole fluid convection in the lower half of the borehole (where the temperature gradient is positive).

Analysis of the temperature profiles obtained during 2011-12 is expected to yield the magnitude of the Wisconsin-to-Holocene temperature change, the vertical (downward) velocity of the ice below 2000 m, and the heat flow into the base of the ice sheet at WAIS Divide.

2. Physical Properties of Ice Core and Near-Surface Snow and Firn
John Fegyveresi deployed to Antarctica on schedule. While in McMurdo, John was able to prepare various science equipment for monitoring temperature and insolation data at WAIS Divide. A Kipp-Zonen CNR2 net-radiometer sensor was hand carried to be installed on the U. of Wisconsin AWS (Kominko-Slade). Following a week of weather delays, he arrived at WAIS Divide on December 23rd. For the following 8 days, the main WDC06A borehole was drilled and deepened by ~75 meters and John was responsible for logging these cores on work shift one. Following this work, and with the help of Logan Mitchell and Gifford Wong, John was able to dig and sample a 2-meter backlit snowpit (three-walled). This pit was also extensively photographed in order to capture the stratigraphy and various crust features. In addition to this pit, John set up several temperature sensors around the camp at various depths in the surface and covered with various solar shields. This was done in order to capture an accurate account of near-surface summer firn temperatures at WAIS Divide. John also installed a custom-made insolation monitoring station that consisted of two hand built short-wave pyranometers. This was left recording for the entire season so that the data could be combined with those from the on-site automatic weather station in order to conduct a proper net energy balance survey for WAIS Divide. Lastly, John observed and documented various surface crusting, glazing, cracking, and frosting events over the 1 month long season. After primary ice-core drilling began on Dec 25th, John also monitored and documented any obvious changes in physical properties in the ice cores or if any deformation was observed. Lastly, John was able to document the physical properties of nine shallow firn cores drilled at the site.

Season Note: John Fegyveresi deployed on December 12th as a member of the I-477 ice-core science tech group. Work that was done related to I-168 was done as a second priority to this project and was accomplished during non-working hours and drill down-time. 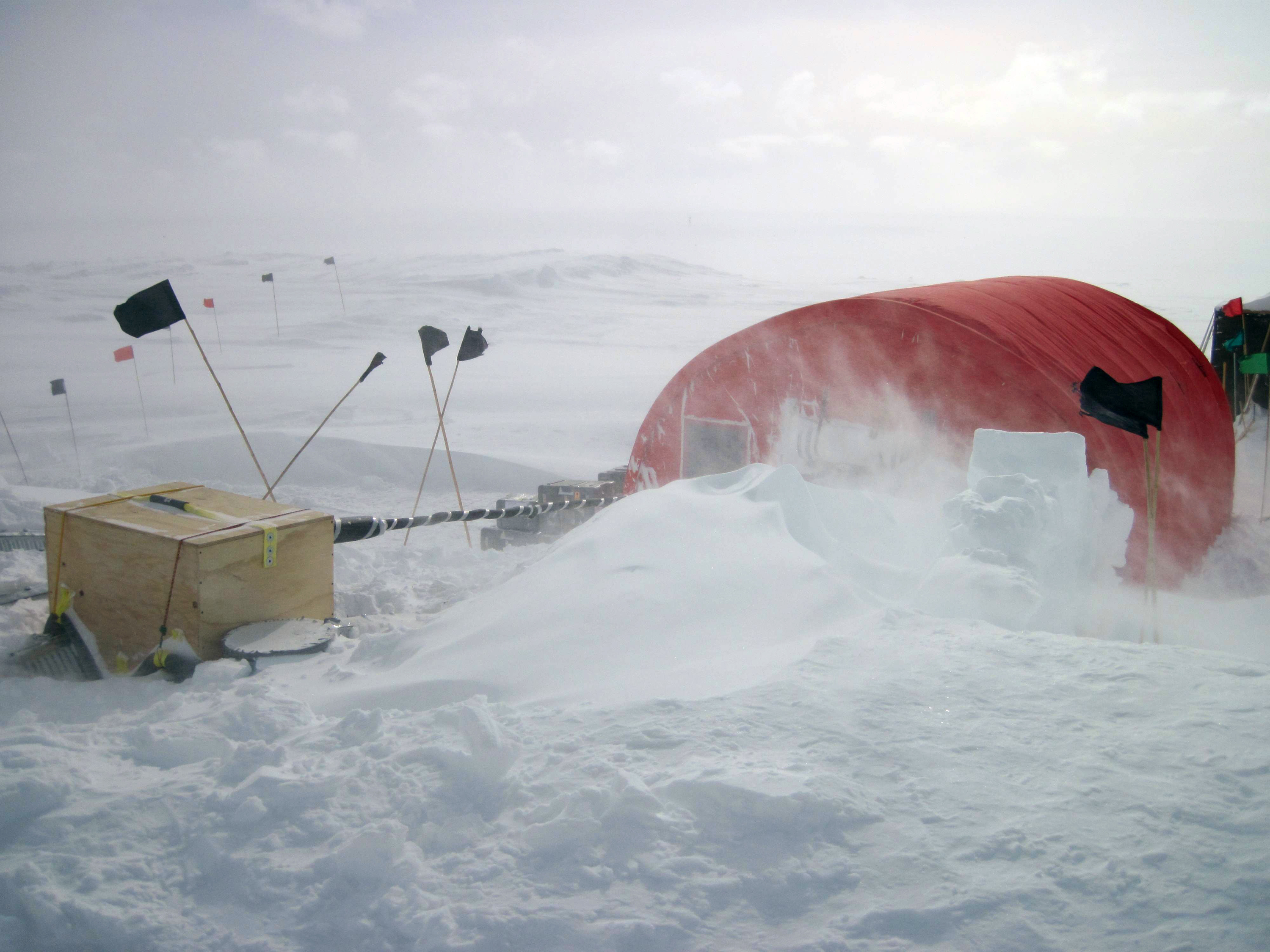 Fig. 1: Logging shelter located adjacent to the drilling arch. The logging cable exits the shelter, passes over a sheave wheel (inside a protective box), before dropping into the arch. With the shelter, logging operations were able to continue unimpeded through the poor weather that was prevalent during the 2011-12 field season. Photo: Gary Clow. 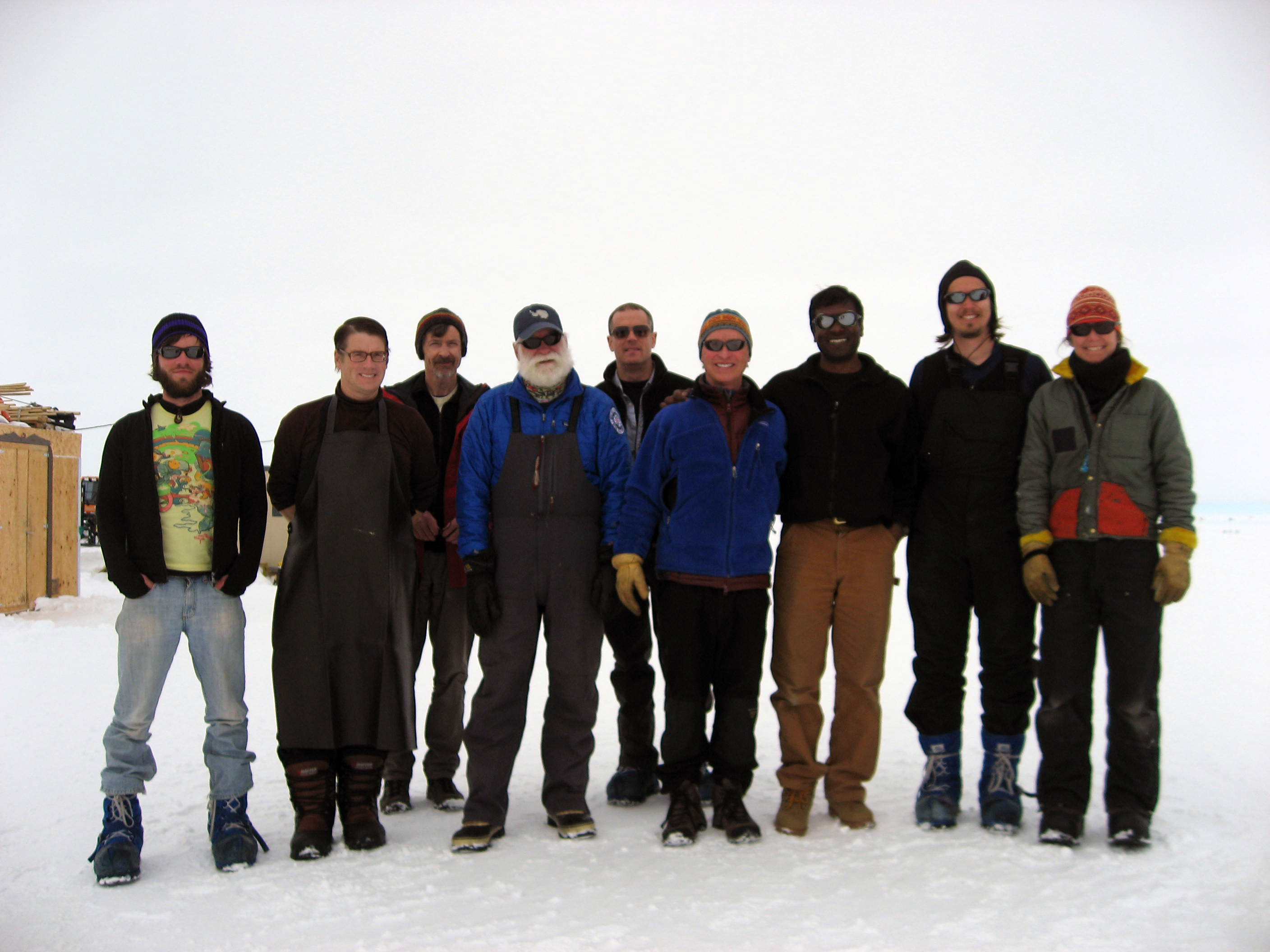 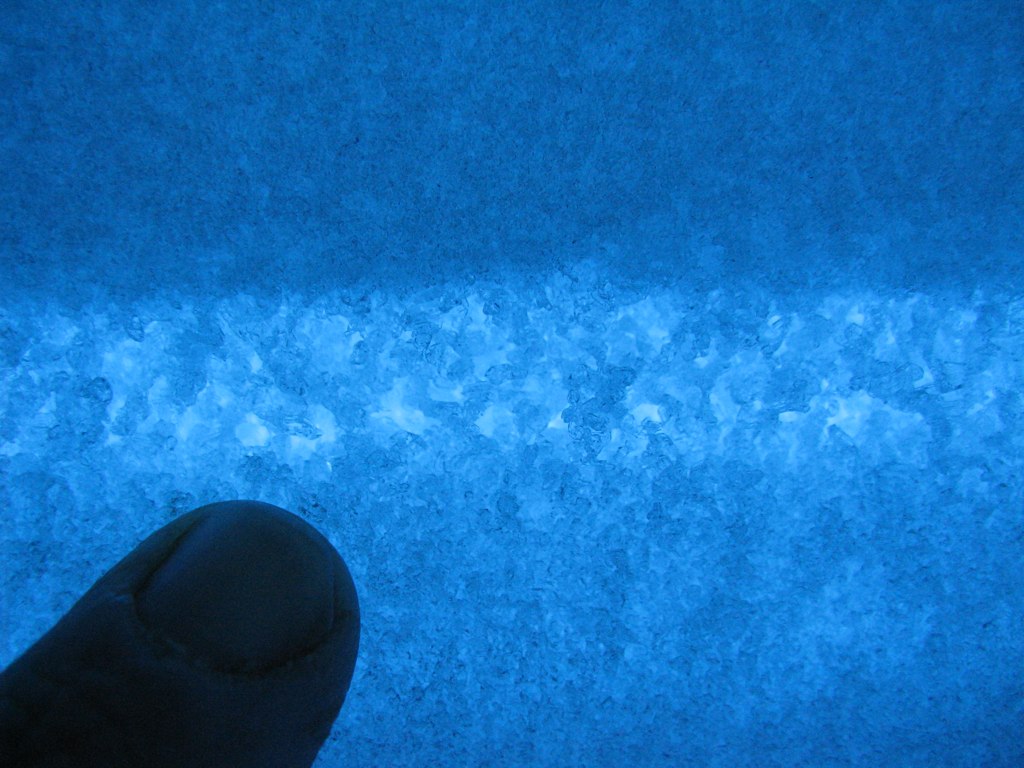 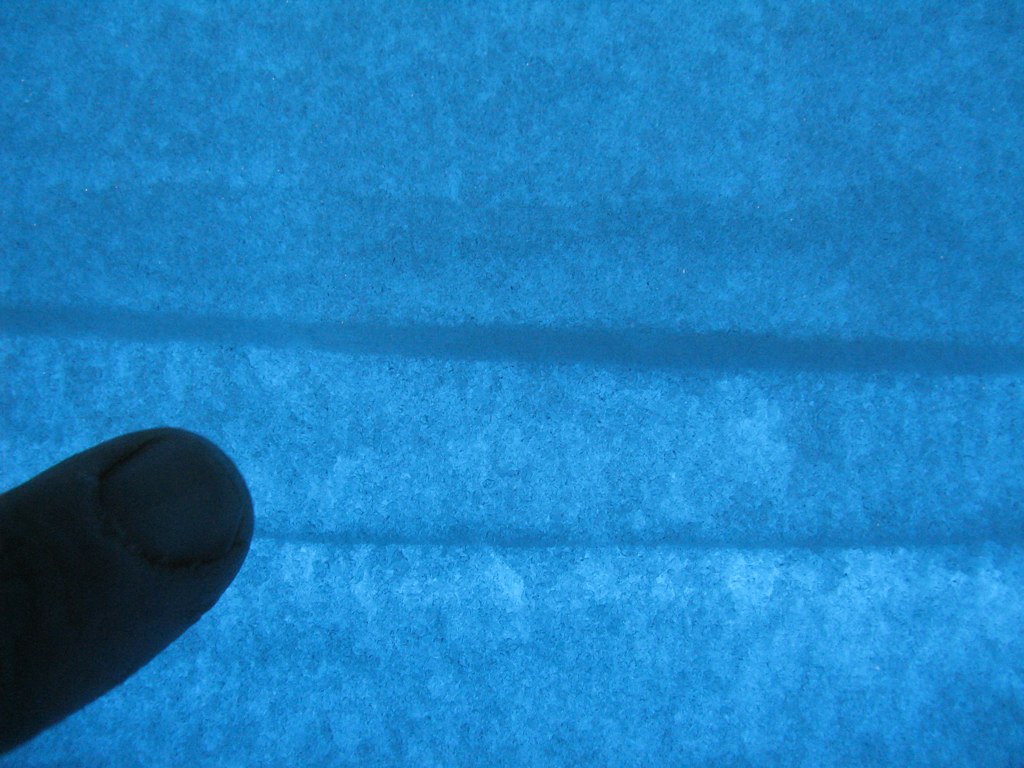