Season Overview:
The main objective of this season's field work was to complete a snowpit study. The two-person team arrived on December 21. A 3-meter pit near the Sowers 300 m hole was dug first and snow blocks were taken from the top to the bottom of the pit and stored in ice core boxes. Simple visible stratigraphy was noted. Several sets of small snow samples were taken with various density samplers (homemade and from BFC). The density of the small samples was measured in the Science Hut of the main camp. The new type of density samplers provided by BFC seemed to work better than either the old style BFC density samplers or homemade samplers.

Between December 26 and January 3, two more snowpits (3-m and 2-m) were dug near the main camp. Snow block samples were taken and vertical density profiles were measured. A total of 24 snow blocks in 8 ice core boxes have been collected in this season and will be retrograded to NICL and eventually to the Ice Core and Environmental Chemistry Lab (ICECL) at SDSU, where sub-samples will be analyzed for major ion concentrations to establish patterns of seasonal variations, to aid in core dating by annual layer counting. All three snowpits were filled back in after sampling was completed.

Preliminary density data (Figure 1) indicate that the average snow accumulation rate at WAIS Divide is about 55 cm of snow per year. This is consistent with previous estimate of 24 cm of ice per year at this site.

Acknowledgements:
The camp staff led by Ben Partan was great! They made sure everything worked as well as it should. After a 36-hour blizzard, the heavy equipment operators and other staff members cleared out the huge snow drifts across camp in a matter of a few hours. The camp was clean, comfortable and fun. 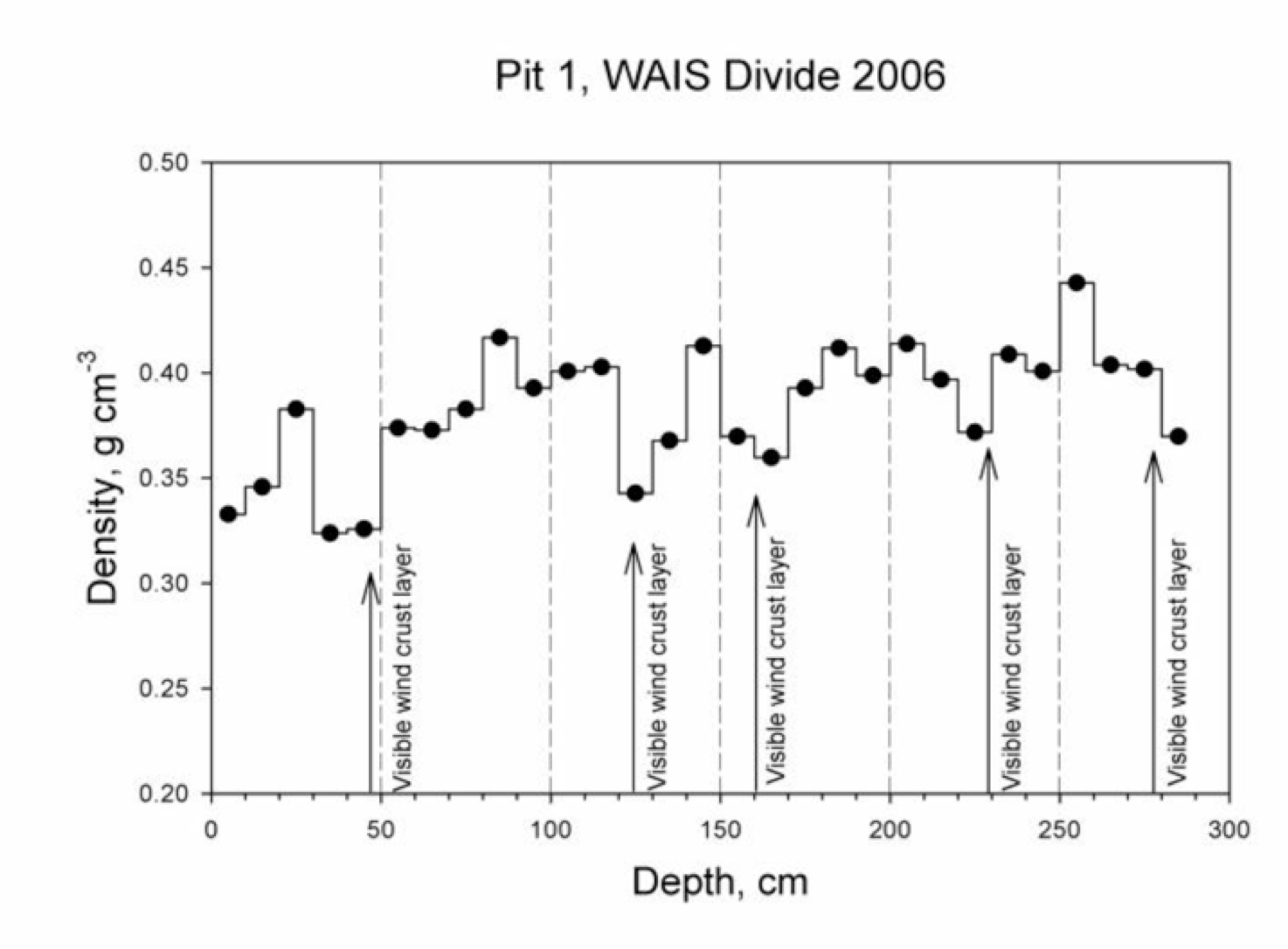