Season Overview:
After two flight cancellations due to bad weather (at WAIS Divide), we made it to WAIS Divide on 29 November. On 01 December we began drilling the 130 meter core (Fig. 1). We immediately had to switch out the inner and outer core barrels due to a lack of chip transport up and out of the borehole. As soon as we started drilling with the "new" (older) core barrels the chip problem went away. We finished drilling the 130 m core on 07 December. Core quality was excellent on almost all of the runs. On 08 and 09 December we moved inside the arch facility and began setting up on the main borehole location to drill the pilot hole. At 13:34 on 09 December 2006 the first core from the main borehole was collected. We finished drilling the pilot hole on 13 December. Core quality was excellent on all runs. Joe departed WAIS Divide on 13 December via a cold-deck flight with all of the ice cores. Bella and Jayred stayed at WAIS Divide to finish (ream and case) the pilot hole and to complete other tasks.

A site review of the arch facility by a 1-person team from the National Ice Core Laboratory (NICL) was scheduled to take place late in the season so that NICL could view the core storage and processing areas within the arch. However, due to workload constraints at the NICL facility in Denver, CO the WAIS Divide site review was cancelled.

Acknowledgements:
Extreme gratitude to all those involved in the WAIS Divide activities this year especially, Matthew Kippenhan's planning management, Ben Partan's camp management, Brian Johnson's science support, Keith DePew's cargo support, Julie Grundberg's fixed wing support, Billy Texter's construction management, and multitudes of others too numerous to list. Special thanks to the WAIS Divide camp staff and the arch facility construction staff for all of their help and support. This project would not be possible without the dedication and continual support of Julie Palais, Brian Stone and George Blaisdell, our sincere thanks to them. 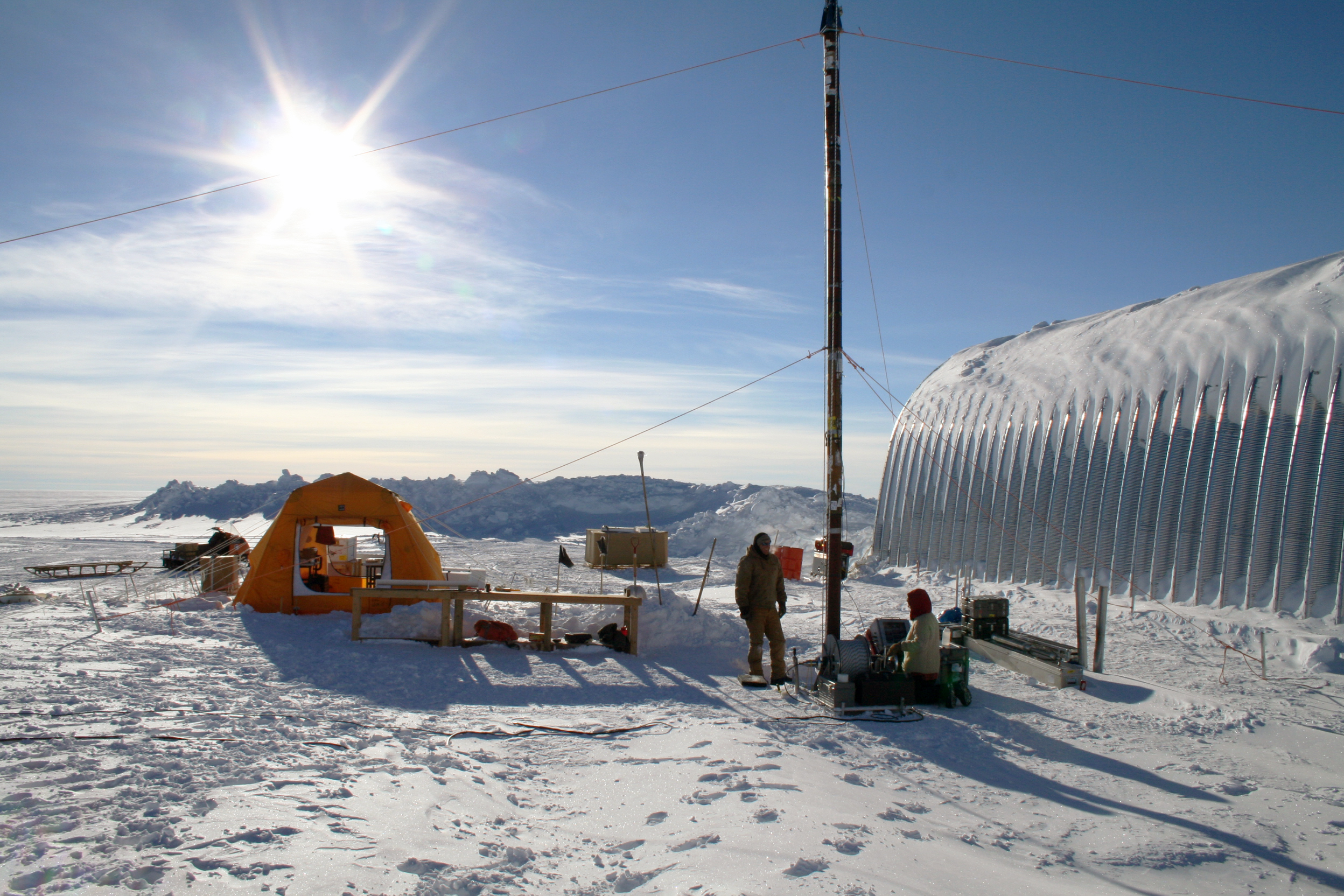 Fig. 1: Drilling the 130-meter-long core. The arch facility is the silver building to the right of the drill tower. WAIS Divide camp is to the left of the drill tower. This borehole is within several meters of the 2005/2006 130-meter borehole location. The ice cores were measured and logged within the yellow tent. Photo: Joseph Souney 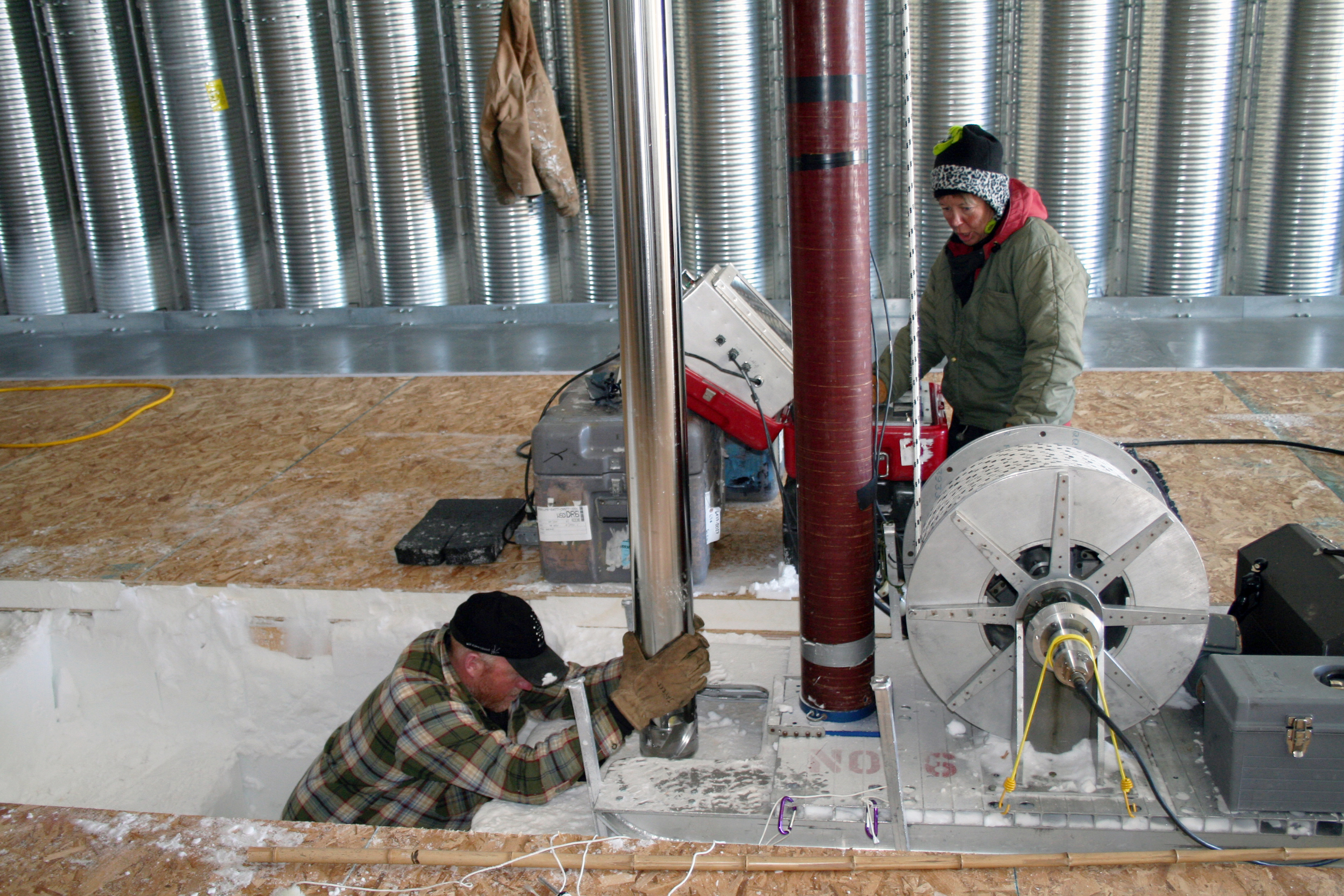