Complete Installation of DISC Drill Equipment:
Lead Driller Jay Johnson, Kristina Dahnert, Brent Folmer, Scott Haman, and Michael Jayred arrived at the WAIS Divide Camp December 3 and began the installation of the drill equipment. Four more members of the crew - Laurent Augustin, Bill Mason, Nicolai Mortensen and Paul Sendelbach - arrived on December 17 and assisted with the completion of the equipment installation. Check-out of the drill began on December 28 with the powering-up of the winch. The remainder of the crew - Jim Koehler, Tanner Kohl, and John Robinson - arrived on December 29. Check-out of the drill continued until January 3 when the pilot borehole was reamed with the DISC Drill. Brent Folmer the ICDS electrician on the project left WAIS Divide on January 1.

Bad weather delayed getting the generators on line and facility construction completed and, as a result, set-up and check-out of the drill equipment took about a week longer than would have normally been necessary.

Production coring began on Monday, January 7 with the crew operating in two shifts. A third shift was started on January 10. Coring continued through January 20 with a total of approximately 466 meters being drilled giving a final bore hole depth of 580.58 meters.

The amount of time available for production drilling was 9 days less than had been planned and the total depth drilled, therefore, was short of the 800+ meter goal for the season. Average core production was about 37 meters per day with a total of 180 runs made.

Core quality was excellent, although one core was rubble. Average core length was 2.7 meters.

Winterize Equipment:
Once it was decided to stop coring for the season, the crew winterized the equipment to remain at the site and packed components that were being sent back to Madison in two days - far less than the 7 days anticipated in the schedule. All ICDS personnel were out of WAIS Divide by January 22. 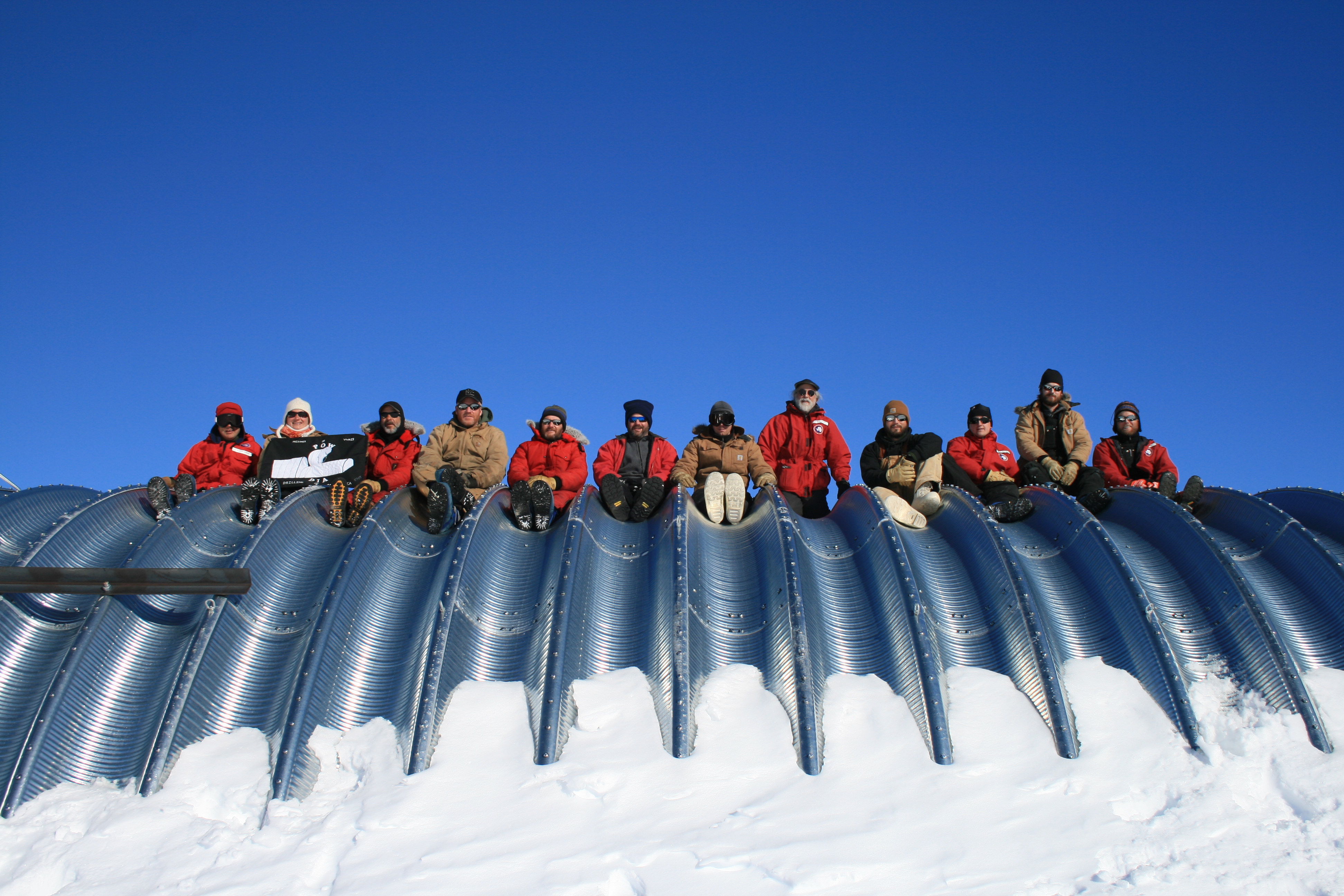