Field Season Overview:
IDDO operations at WAIS Divide this season began on November 22 with the arrival of Lead Driller Kristina Dahnert and Driller Jim Koehler. These two drillers worked with the RPSC carpenter crew to assess damage sustained by the Arch over winter and begin repairs on the Arch structure and the drill slot. Drillers Josh Goetz, Mike Jayred and Lead Systems Engineer Nicolai Mortensen arrived on December 1st, followed by driller Steve Polishinski on December 2nd. Drillers Patrick Cassidy, Dave Ferris, Elizabeth Morton and John Robinson arrived at WAIS Divide on December 8th, followed by Chris Gibson and Jay Kyne on December 17th. Jay Johnson arrived onsite on January 5th, 2011, at which point he took over as Lead Driller for the remainder of the season.

During the first few weeks onsite, the drill crew worked to re-assemble drill equipment that had not wintered over as well as to install upgrades to both the computer control software and the level wind tracking device. These activities coincided with Arch excavation, work on the snow walls of the slot to allow for clearance of the drill tower, as well as work on the heaving floor panels and bowing end walls of the Arch facility.

The first core was drilled on December 16th from a depth of 2566m. Equipment modifications were made in the off-season pertaining to a motor control module that has gone out of production since the design and original fabrication of the DISC Drill's instrument sections. While the new motor control hardware initially displayed difficulties when integrated with the entire drill system in the field, re-design of several components was performed at WAIS Divide and two fully functional instrument sections were assembled. Another challenge encountered this season pertained to the drill's weight-on-bit (WOB) sensor, prone to leaking and unreliable readings. Due to the failure of this sensor as well as the drill impacting a floating chunk of ice in the borehole, likely from the previous drill run's rough core break, a kink developed in the heavy-duty fiber optic drill cable and communication was lost with the drill sonde. The cable was quickly re-terminated in the field and drilling resumed.

Despite numerous challenges, many borehole depth records were broken and the WAIS Divide hole surpassed GISP 2 as the deepest U.S. borehole ever drilled.

Due to inclement weather at season startup and an 18-day delay in the opening of WAIS Divide camp, drilling was extended through January 29th, five days later than originally planned. The borehole depth goal for the season was reached on January 28th at a depth of 3331.538m. The DISC Drill produced high quality core throughout the season.

Packing and winterizing of the drill system was completed over the next three days. To facilitate camp closeout, drill staff was reduced in stages and all drillers had departed WAIS Divide by February 2nd. 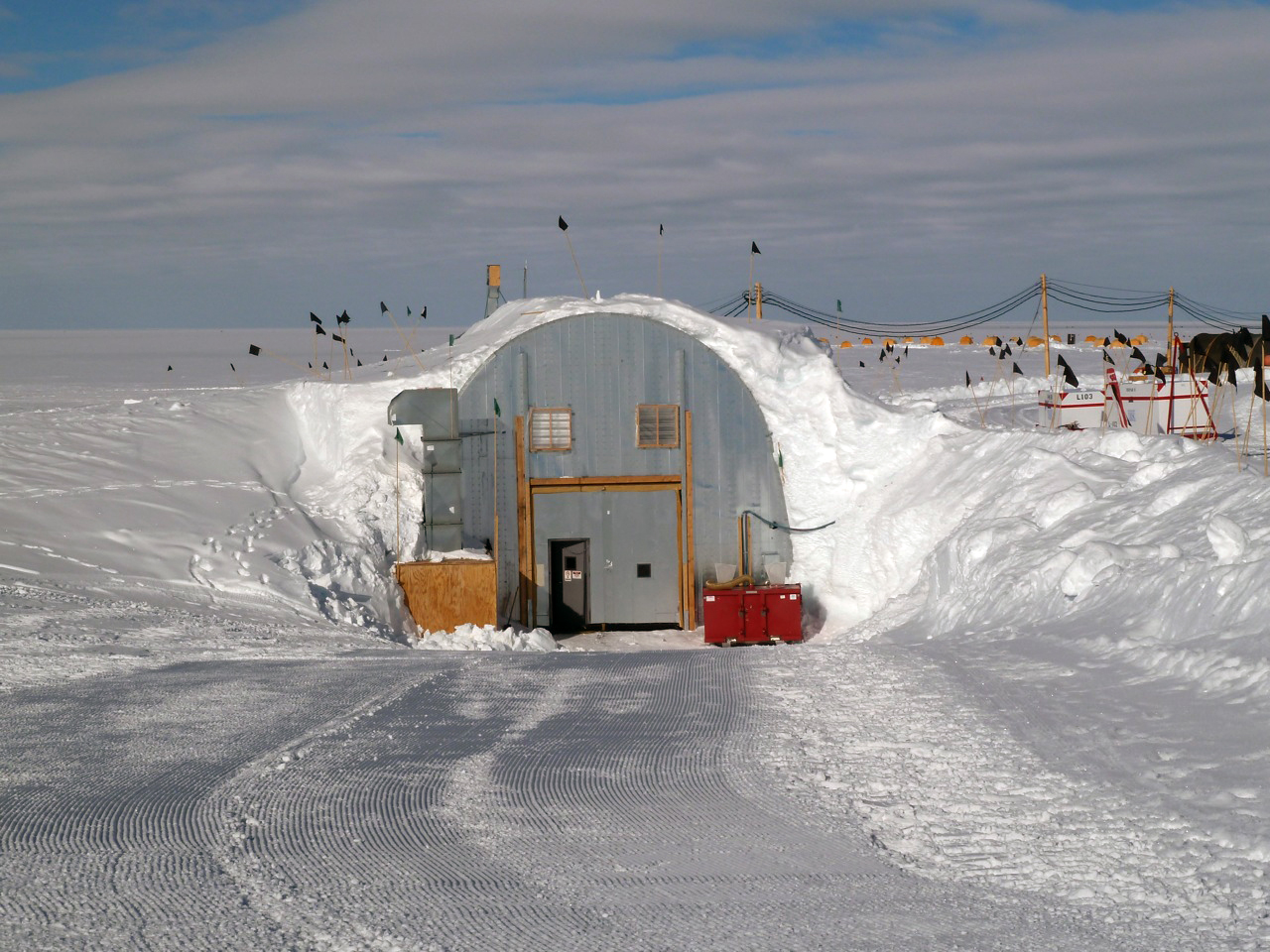 Fig. 1: The rear door (drilling side) of the arch. Photo: Kristina Slawny. 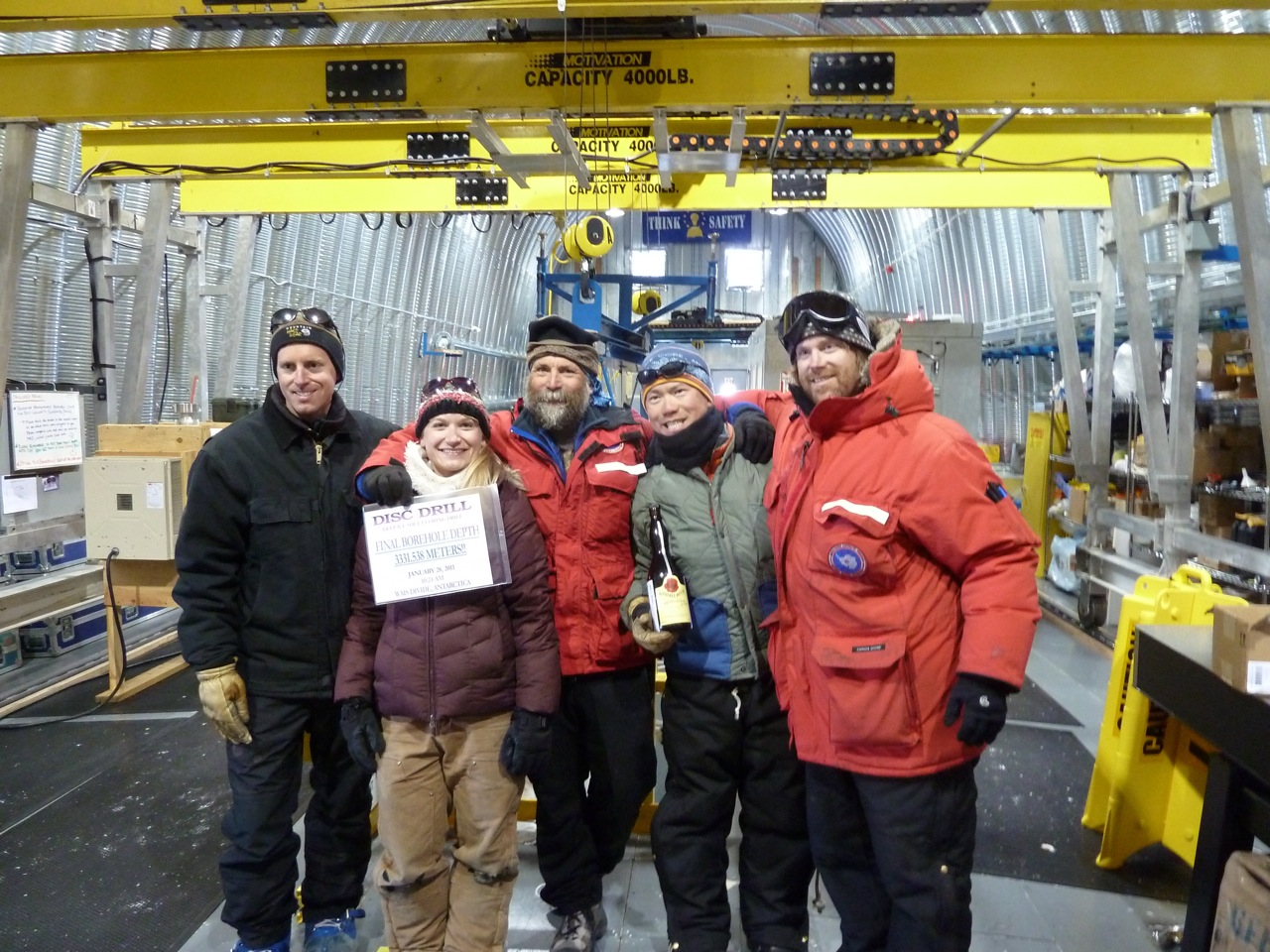 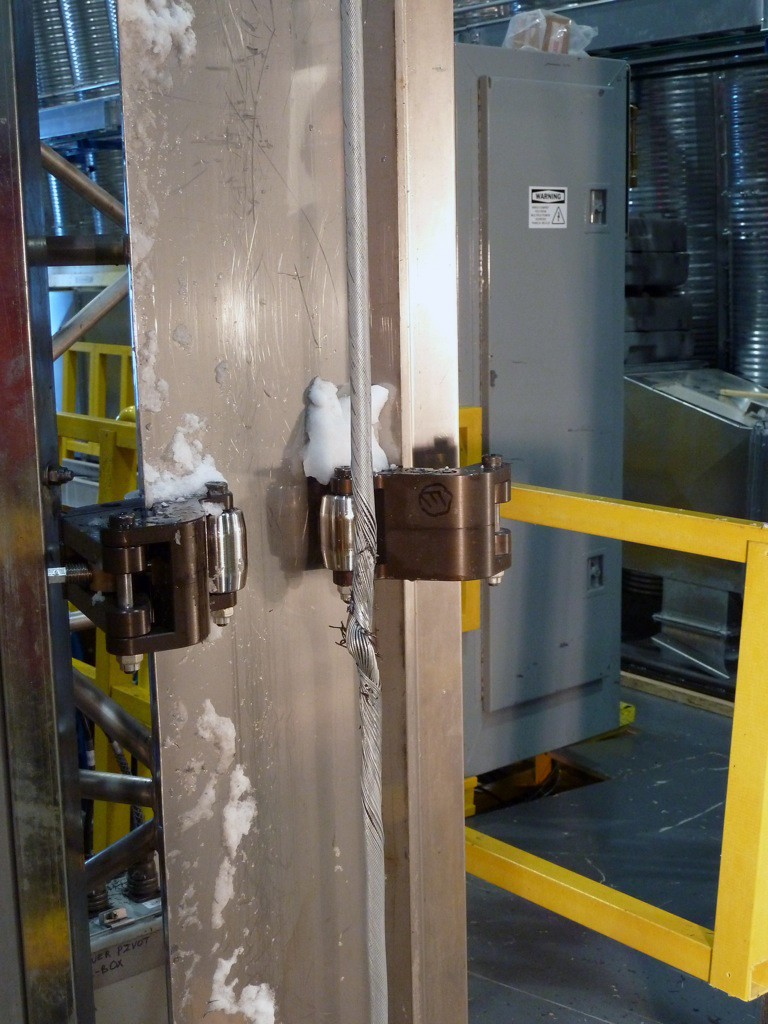 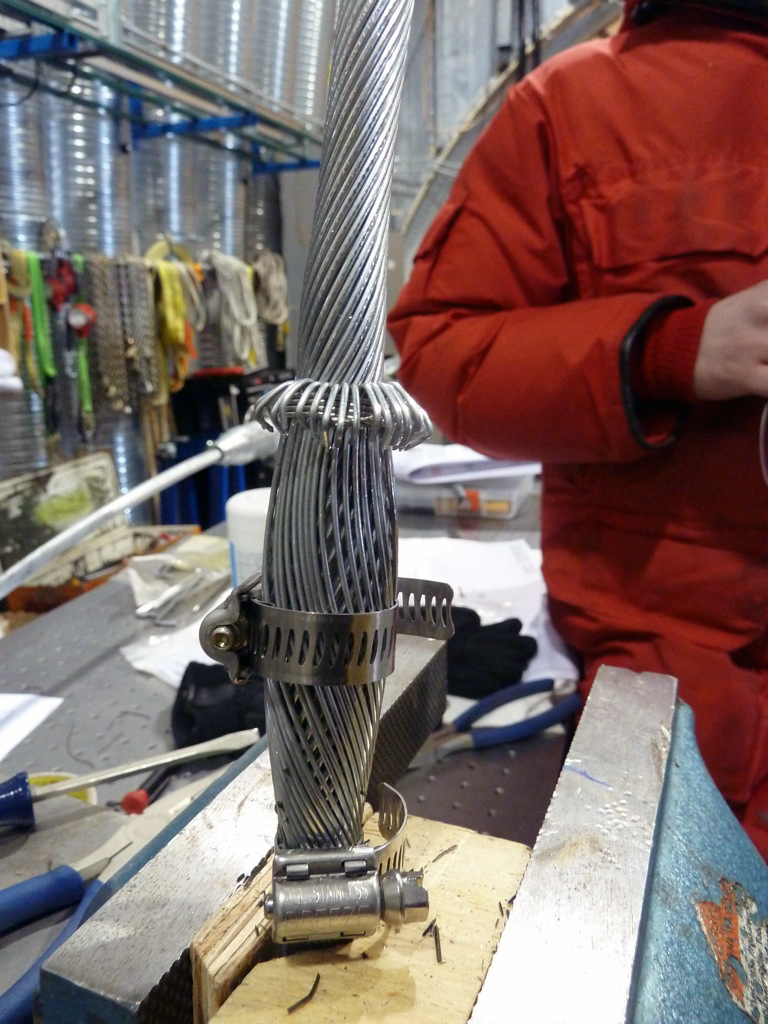