Field Team:
The IDDO field crew consisted of eleven drillers lead by Jay Johnson, IDDO Drill Operations Engineer and Kristina Dahnert, IDDO Field Support Manager. The field crew and the dates of their stays at WAIS Divide are shown in the following table.

*Jayred's arrival at WAIS Divide was delayed by accident at McMurdo

IDDO Goals for the Season:

Drilling:
REPLICATE CORING A HUGE SUCCESS - first replicate core successfully collected December 17, 2012 and replicate core collected from all intervals of interest. IDDO believes that these are the first ever cores taken from deviations from the high side of the borehole either in ice or rock. The tremendous success of the replicate coring at WAIS Divide is the result of the ingenuity and hard work of the DISC Replicate Coring Development Project team headed by Alex Shturmakov and the WAIS Divide Project drill crew, especially Jay Johnson, Nicolai Mortensen, and Chris Gibson who were members of both teams. 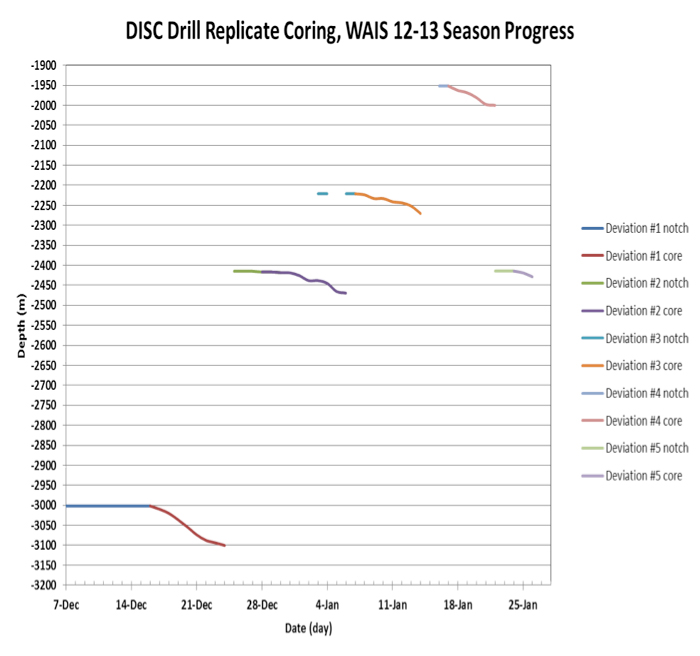