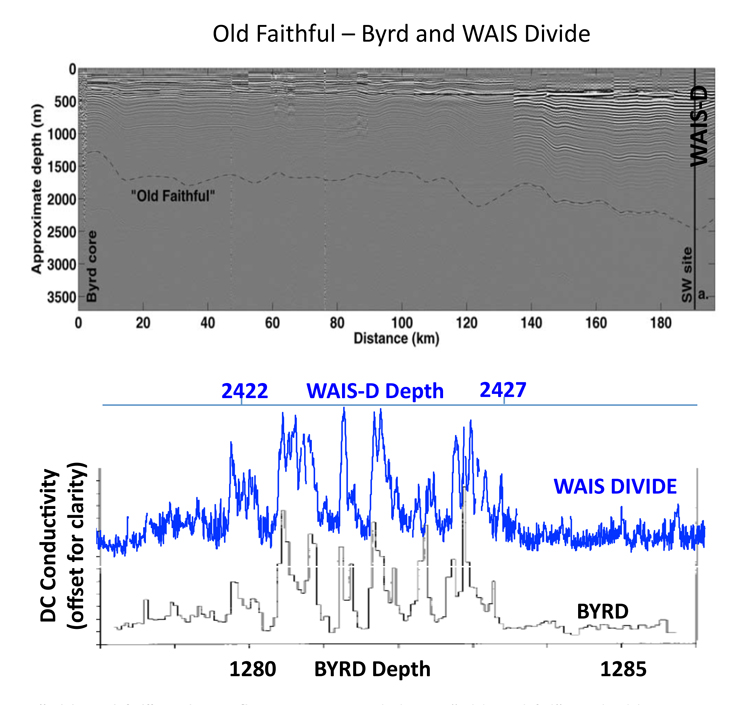 The CPL is up and running after a short break, and we have quickly gotten back up to speed. After a slow first two days back, we managed 150 meters for the week - the coveted "perfect week" and definitely our most productive week yet (ending at 2,680 meters depth)! This brings us just past the halfway mark of the 2011 WAIS Divide CPL; halfway through the ~1400 meters of ice, and halfway through the 10 weeks allotted for processing. Many thanks to all those in the lab and elsewhere who have helped us stay on schedule.

With no visiting PIs this week, TJ Fudge and I updated everyone on our icy projects out of the University of Washington. TJ explained some early thoughts about depth-age relationships and ice sheet histories for the WAIS Divide core, while I may have surprised everyone by talking about an ice core from Mt. Waddington, British Columbia, Canada.

We have a new "science tidbit" this week courtesy of TJ Fudge, but we may be stretching the definition of tidbit. In any case, we suspected a few weeks ago that the electrical conductivity measurements made here at NICL hit ice related to the "Old Faithful" radar layer, and TJ has plotted preliminary data that makes a strong case in favor of this idea. It has been gratifying for everyone here to see this information coming from the electrical conductivity measurements, as we watch the readout for every meter run through the CPL.

Thanks for all of your interest and support.