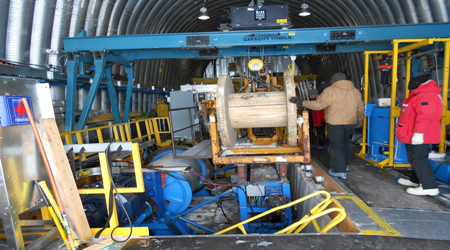 The temperature, optical and sonic borehole measurements have been completed and the data is being processed. The sonic (compressional wave velocity) borehole instrument failed at a depth of 2,000 m and IDDO is attempting to repair it for the University of Washington science team.

Preparation of the drilling equipment is continuing and no major problems have been encountered.

Camp operations were slowed due to a combination of abnormally large storms and failures of the heavy equipment needed to clear the snow drifts.

Everything is going very well. The detailed SITREPs from Don and Krissy are below.