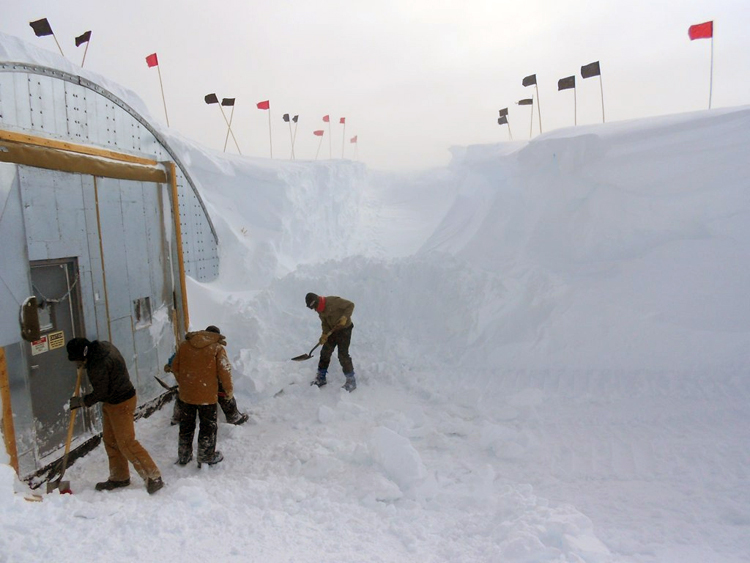 This week the borehole logging teams made additional measurements (temperature, sonic, and optical) in the bottom 71 m of hole that was just drilled in December. IDDO prepared the replicate drill and worked through some technical issues with the actuators that push the replicate drill against the side of the borehole. The weather continues to be uncharacteristically harsh this season, which slows everything down and makes a lot more work for everyone. The most frequent photo to come back from the field this season is one of people shoveling snow (attached), that sort of sums it up.

Jay Johnson is on site to lead the drill team for the replicate coring. Krissy Dahnert has left WAIS Divide as planned after doing a great job leading the drill team for the season start up and deepening. Jeff Severinghaus has left the site now that he is confident that the replicate coring is in good hands. Don Voigt is still on site as the Chief Scientist for WAIS Divide field camp.

All said though, things are going well. The detailed SITREPs are below.