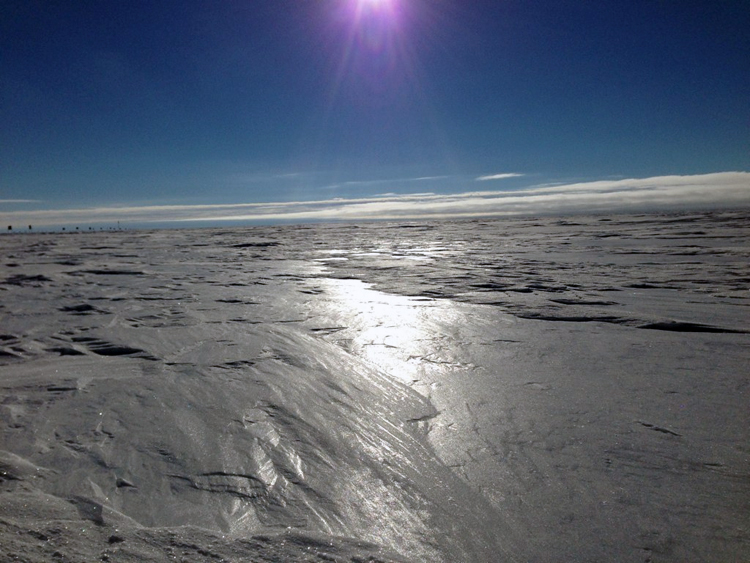 The collection of the second deviation has been completed with the recovery of 51.5 m of excellent quality core from ~2420 m. During the drilling a cutter broke off and remained in the deviation hole. Magnetic recovery tools were not able to retrieve the broken cutter. Jay fabricated a new conical shaped drilling attachment, which made a depression in the center of the hole bottom for the broken pieces to fall into. With the broken pieces located in the centralized depression, the regular coring drill was able to drill the perimeter of the hole as normal and recover core. The broken pieces were recovered with the next core and drilling proceeded as normal. Production rates were has high as 20 m/ 24 hours. A prominent ash layer shows there is an 86 cm depth offset between the depth of the main core and the preliminary depth of the replicate core. The ash layers make it simple to align the depths of the cores. Testing demonstrated that a logging tool will slide past the second deviation. Work on the third deviation has started at ~2220 m.

John Fegyveresi is making good progress on his side project to collect near surface temperature profiles and relate them to surface conditions. Brad Markle is making good progress on his snow pit profile, which extends from the drill site 20 km to the flow divide. Work on these projects is done while they are waiting for core to log, which is their primary task. The side projects are great examples of how we can squeeze more science out of the project with minimal logistics. More details of the side projects are in Don's SITREP.

Brad Markle and Jihong Cole-Dai made science presentations at camp that were well attended.

A dust storm at McMurdo, combined with a few warm sunny days has degraded the surface of the McMurdo roads and run/ski ways. This has caused problems for surface vehicles and aircraft and has slowed the movement of cargo and people.