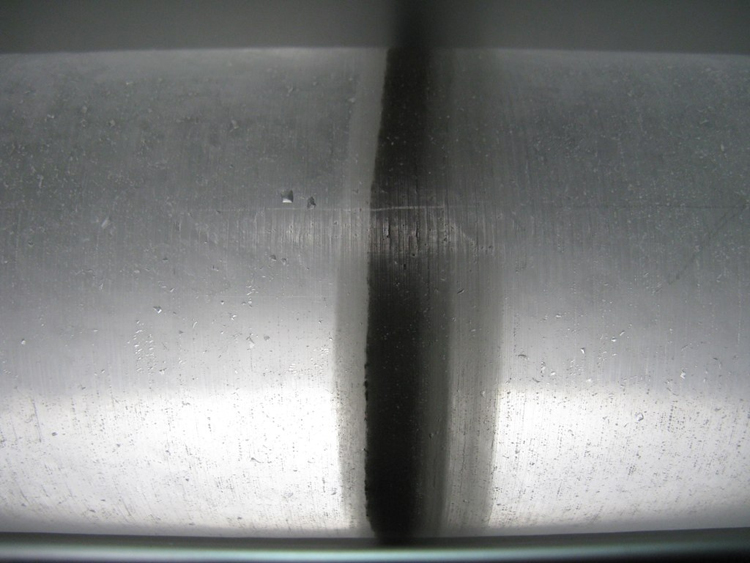 After completing another long list of equipment and training preparations, core recovery operations started on Thursday, December 16. On the second run there was a fabulously dark and sharp ash layer, an image of which is attached (~2,566m at 20.8 kyr). The crew is now running 24/6 and has pulled up 18 m this season. I am not surprised by the slow recovery rate at the start of the drilling season. We always start slow while we are focused on checking the equipment and training. Core quality is excellent. The azimuth and breaks of the cores are lining up well, indicating the azimuth system is working. The current depth is 2,582 m with an age of ~21.3 kyr. A beach themed party commemorated the start of drilling.

We sent another 256 meters of ice that was drilled last year to McMurdo. The ice was not sent last year because we did not have enough capacity in the SAFECORE shipping containers to ship it from McMurdo to NICL.

Julie Palais and others conducted a site visit and safety inspection. No major problems were reported, although several small issues are being addressed. Considering the standards we are expected to meet this is a significant finding.

There was a 15-minute power failure when the main generator shut down. Fortunately it did not cause any problems but this needs to be corrected. An issue has developed with the down hole motor control boards. In a previous season fluid leaked into the down hole electronics package and damaged some of the motor controllers. The leak problem was solved and we used spare motor controllers to continue. The original motor controllers are no longer made and it was not possible to replace the motor controllers that were damaged by the leak. A new motor controller was designed, built and tested last summer. The new motor controllers are not working down hole with a full power load because of RF noise interactions with other components. We are currently drilling using the original controllers just like we were at the end of last year. We still have some spares for the original motor controllers, but not as many as we would like and some of them have small cracks that may be just cosmetic. Nicolai Mortensen, the electrical engineer that designed and built the instrument section, including the new controllers, and who solved several problems of similar magnitude last season, is on site working towards a stable solution. This situation could play out several ways, it might not slow us down at all, or it might lead to problems later in the season. But right now, the drilling is going fine, and there is no cause for alarm.

NOVA is broadcasting a show on the ANDRILL project, which is an ocean sediment drilling project investigating the stability of the Ross Ice Shelf. The show also contains about a minute of video from WAIS Divide. Richard Alley and I tried to get more of WAIS Divide into the show but the producers were confused about how to do this. The show will air on December 28, check you local listings for the time and channel. The link to the show is:
http://www.pbs.org/wgbh/nova/earth/secrets-beneath-ice.html

Below are the two SITREPs from Giff and Krissy that provide all of the details.