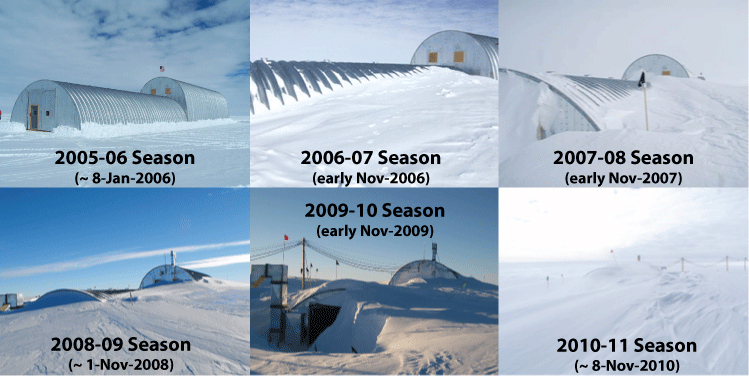 During the last week the camp population swelled to 32 support staff, and all the structures were set up. The arch construction crew has entered the arch through a hatch and reports the floor is warped and the drill slot is narrower than expected. The wall between the drilling and core handling side is intact. The D-4 bulldozer is broken and being assessed. Snow removal around the arch has not begun because of the D-4 problem. The majority of the drilling and science teams are in McMurdo. Two drillers will go to WAIS Divide on the next flight to get the crane operational which will help with widening the drill slot. The other drillers and science crew will stay in McMurdo organizing cargo and doing field training.

Below are the two SITREPs from Don and Krissy that provide all of the details.