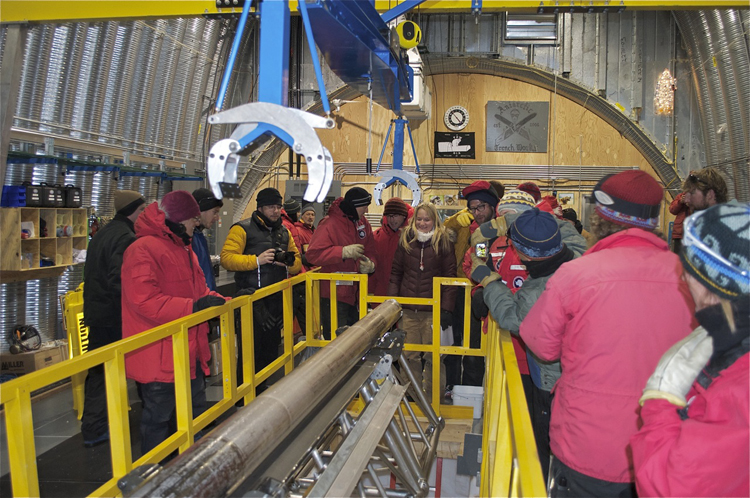 Smooth sailing this week, everything clicked into place.

We briefly celebrated passing 3,000 m and ended the week at 3,020 m, which is about 43.5 kyr. We are coring ~ 24 m/day and have settled into a routine and steady operation. More force is required to break the core off at the end of each drill run indicating the mechanical properties of the ice are changing. Depending on when we have to leave WAIS Divide and the reliability of the drill, we could end the season within 50 m of our depth goal (which is 3,330 m).

We had a successful shipment of ice from WAIS Divide to McMurdo. The aircraft cabin temperatures were -10 to -13 C. Prior to the shipment there were high-level discussions between NSF and the Air National Guard, which resulted in an attitude shift by the 109th. I spent the week in McMurdo working on this issue and escorted the plane to WAIS Divide to monitor the cooling. Mark Twickler was at WAIS Divide during the week learning about the drilling and core handling operations. Mark accompanied the ice back to McMurdo. The procedures for flying the ice from WAIS Divide to McMurdo are not routine and I will be returning to McMurdo and accompanying the shipments.

Below are the two SITREPs from Giff and Jay that provide all of the details.